Portugal hosted the second edition of the successful competition Roca One Day Design Challenge on the 5th May 2018 at the LXFactory in Lisbon. This second edition was, once again, a great success, with over 300 participants.

On this occasion, the challenge consisted of designing an original and fun product that raises the awareness of children of the importance of hygiene and the saving of water. The winner of this year’s edition was Mood Mat, by Sérgio Ereira Marques Junior. The project, which won a 2,000€ award, is a digital waterproof mat that shows three different faces depending on the time the shower faucet remains open.

The second prize was for Meta by Gonçalo Marques, João Santos and Tomás Fernandes, who received 1,500€ for their project based on a soap dish that incorporates a sensor that detects when the user takes the soap, closing the faucet while the soap is being used to reduce the consumption of water.

The third prize was for Gabriel Pessoa, Joana Fatela and Mariana Andrade for the project Indicator, awarded with 1,000€. This project consisted of a faucet with different coloured regulators, each of them providing a flow of water for a different period of time.

Finally, the winners of the We Are Water Award to the more sustainable project were José Augusto and Maria João Freire, for their project Grab the water, consisting of a portable shower that can purify water, ideal for areas with no water supply. 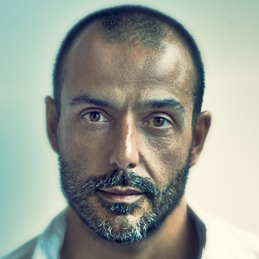 Born in Azeitão in 1966, he studied Fashion Design at CITEX-Porto. He launched his own brand in 1993, which he has developed over the years, incorporating jewellery, tableware, footwear, bridal ware and different sports lines.

Furthermore, he has designed the uniforms of different institutions, restaurants and hotels and has created the wardrobe of countless theatre plays and ballets.

He has been awarded the prestigious Commendation of the Order of Prince Henry the Navigator.

He has collaborated with different companies, such as Microsoft (launch of the Nuno Gama application for Windows 8) or BMW (launch of the Mini Gama Gentleman).

He has recently unveiled his Summer 18 collection and the Costumes of the Quorum Company’s ballet “"saudade”. 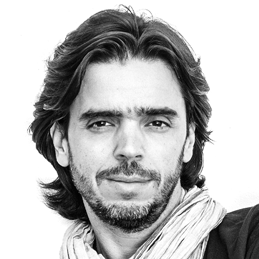 Born in Lisbon in 1970, Fernando worked as an architect in Macao for five years, after graduating in architecture from Lisbon’s Lusíada University in 1993.

Guerra was a pioneer in ways of photographing and portraying architecture. In 1999, he opened the studio "FG + SG", in collaboration with his brother, Sérgio Guerra, and together they have been responsible for much of the dissemination of contemporary Portuguese architecture over the last eighteen years. Over the years, the studio has collaborated with several Portuguese and international architects, such as Álvaro Siza, Zaha Hadid (UK) or Mad Architects (China).

His works are regularly published in various publications (in paper and online) both nationally and internationally.

In 2012 he was named Canon Explorer, taking on the role of representative of Canon Europe in architectural photography. In 2017 he was appointed ambassador of the same brand.

His work has been exhibited in many different countries around the world, including the MoMA MUSEUM in New York or the Belem Cultural Centre in Lisbon. He has also won several international photography awards. 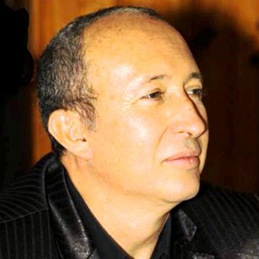 Born in Angola in 1958, he studied Painting and Drawing at AR-Co in Lisbon, graduating in Architecture from the Higher Institution of Fine Arts in 1981. After obtaining a degree in Stage Design on the Higher Education Course of Theatre at the National Conservatory of Lisbon in 1983, he attained a Master's degree with distinction in Architecture Technology and Environmental Quality at Lisbon University’s Technical College of Architecture and a Postgraduate with the thesis "Rehabilitation of Urban Centers" ARCA / ETAC, in Coimbra.

He has worked as a coordinating architect on international projects. Furthermore, he founded the "Vértice Group" in 1990, which launched the DESCOBRIR LISBOA 90 prize and has exhibited his work in several international museums, including the IVAM (Valencia), the Oscar Niemeyer Museum (Curitiba) or the Water Museum (Lisbon).

He was appointed Minister of Welfare and Social Affairs of the Sovereign Order of San Juan de Jerusalém in 2014, of which he has been Ambassador to Angola since 2010.

Throughout his career, he has been awarded different international Art Awards, such as the VERA Arts Prize (2015) or the Royal Events ‘Oscar’ of Arts. 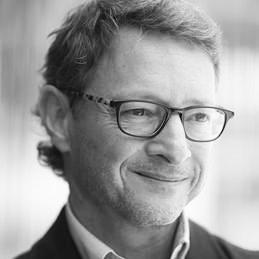