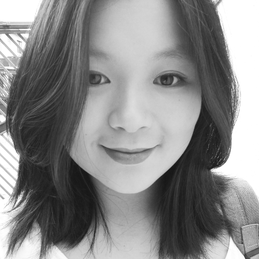 Mariana Kawaguti is 22 years old and she is in her last year of college studying Architecture at IFSP - Federal Institute of Sao Paulo. Since applying to university she has researched on the relationship between Architecture and Mathematics. In 2014 she studied Fractal Architecture, and in the next year Modular System using an Origami piece (from Kussudama Sonobe) and in 2017 she wrote a science article about Van der Laan and the Plastic Number. Furthermore, in 2014 she participated in a University Congress (UNIV) introducing an Anthropology research about friendship in university, winning first place along with her team. After that, in 2015 they went to Rome to participate in the 2015 International UNIV Congress. These researches have helped her to participate in other congresses such as the 4th Ibero-American Seminar in Belo Horizonte/MG and the National Science and Technology Week in Brasilia/GO.

Apart from the academic projects, in 2016 she participated in a group that worked with Social projects developing Parklets for small merchants in the neighborhood of Mooca. She has been an intern in a lot of professional areas like architectural executive projects, architectural acoustic products and graphic design.