Due to the restrictions imposed by the current pandemic context, this year the contest could took place in an online format.

In this way Roca continued to fulfill the goal of promoting creativity and young talents, giving visibility to young architects and designers in the early stages of their careers.

Participants were asked to design a product thinking of its second life once it is removed from the bathroom.

The winners of the first prize were Ulises Ciadamidaro y Juan Sebastian Druetta, students at FADU, with their project "Tilet". The jury highlighted that the product constitutes a new constructive logic in itself, ingeniously responding to the design brief, both for use in its first life, as well as in the second. Although the proposal presents certain challenges for a total feasibility (something that may be possible to solve), the jury considered the innovative approach to the materiality of these typologies very valuable.

The second prize was for the project "Susu", designed by Agustin Claisse student at FADU. The jury considered that the project is a simple, useful, ingenious and flexible idea with a clear second function that enables its assembly and disassembly, using the same original pieces.

Finally, the project "Rega", created by Justin Traverso, student at the National University of Rosario. The jury explained  that the simplicity of the recycling and transformation of the fixed shower into a mobile and portable watering can makes its ideation and initial production feasible as well as its change of future use. 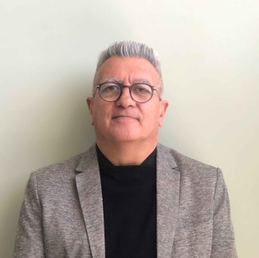 His professional career is made up of a series of intellectual experiences in universities and academic institutions, in urban planning, in the management of public policies and in his permanent dedication, in his professional domain, to the study and generation of ideas in the field of urban projects and architecture, outlining a process of life, committed to the promotion of innovative and transformative projects, wherever his intervention is required.

He studied Architecture at the University of Buenos Aires, Argentina.

In 1983 he started working as a professor at the School of Architecture, Design and Urban Planning at the University of Buenos Aires and as a visiting professor at the Sorbonne University, Paris, France. He actively participates in national and international talks, conferences, events and exhibitions.

He is the current vice president of RETE / International Association for the Collaboration between Ports and Cities, Director of the Buenos Aires Architecture Biennial, participant in the International Committee of Architectural Critics and Honorary Member of the Professional Council of Architecture and Urban Planning / CPAU.

He has been the Dean of the School of Architecture and Design at the Universidad Argentina de la Empresa / UADE since 2015.

His permanent participation in spaces for analysis and reflection on the present and future of urbanism and architecture led to the invitation in 2019 to present the book Territorio en Movimiento, a compilation of theoretical texts and urban and architectural projects developed by OFICINA URBANA, his independent professional space at the Galerie d'Architecture and the Pavillon del Arsenal, in the city of Paris. 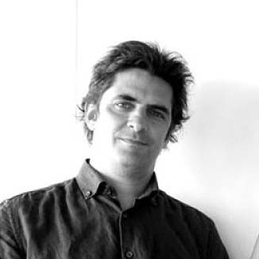 Hernan Maldonado is an Argentinian architect and university professor, who graduated from the School of Architecture, Design and Urban Planning of Buenos Aires.

He has been a juror at national and international competitions and curator of architecture exhibitions. He was a member of the Court of Honour of the Central Society of Architects (SCA) and an elected Councillor of the Professional Council of Architecture and Urbanism of Buenos Aires (CPAU).

He was distinguished by the University of Buenos Aires for his “Academic Excellence” in 2019. 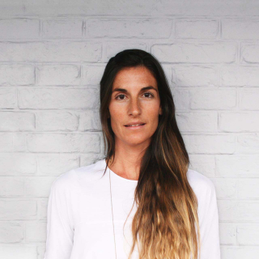 Industrial designer born in Buenos Aires, Argentina. She graduated from the University of Buenos Aires (Fadu-UBA), where she has worked as a professor of Industrial Design since 2014. She has a Master’s Degree in Product Design and Development from the Pompeu Fabra University (ELISAVA) in Barcelona.

Her professional career focuses on the fusion and integration of industrial design, conceptual art and architecture, seeking to generate immersive experiences. She understands design as a tool to materialize our ideas, aiming to transcend our everyday lives and generating functional objects with innovative and creative solutions that can transform our everyday life into something surprising.

Cofounder of HELLO WOOD ARGENTINA; International Architecture, Design and Art Festival, aimed at students that seek to learn through experience.

She participated in Roca’s One Day Design Challenge in Barcelona in 2013 as a student, enjoying this experience as a challenging and enriching opportunity for multidisciplinary peer-to-peer work. 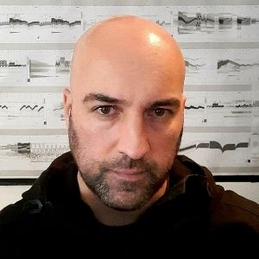 Marco Sanguinetti was born and lives in Buenos Aires, Argentina. He is Industrial Designer and PhD in Design from the University of Buenos Aires (his research focuses on design of the sound dimension of the objects).

He studied the UBA Teaching Specialization Career. He is currently Associate Professor of Industrial Design at the University of Buenos Aires, also Professor of Design Methodology and Disciplinary Design Scenarios at the National University of Rafaela.

He develops strategic design projects from Estudio Sanguinetti. He is also a pianist and composer, has released 7 albums (between 2005 and 2019), he was voted Musician of the Year in the annual survey by argentine jazz journalists in 2016 and 2017. 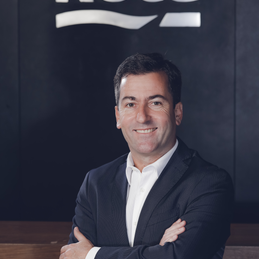 Jorge Moreno is the Managing Director of Roca Argentina SA, a position he has held for the last 12 years. Jorge is the Managing Director for the Argentinian market, where Roca has a strong leadership and a significant industrial presence, 3 production plants and a workforce of over 700 collaborators. He graduated as a National Public Accountant from the Universidad Nacional de Mar del Plata, and obtained his MBA at the Universidad del CEMA (Buenos Aires).